The Oakmere Way is a dedicated bridleway linking the Whitegate Way with Delamere Forest. It was completed in Spring 2014 and is just over 3km (2 miles) long. It was initiated by Mid Cheshire Bridleway Association in partnership with the landowners Lafarge Tarmac and The Crown Estate. Support was received from Cheshire West and Chester Council, the Forestry Commission and Marketing Cheshire with funding from Natural England’s Paths for Communities scheme.

The route follows land to the northern edge of the Cheshire Sands Quarry from Stoneyford Lane to Station Road through a strip of woodland owned by the Crown Estate. The Oakmere Way links with the Delamere Loop creating a number of circular routes and riders should follow the signs.

Northern Rail trains run from Delamere Station hourly on the Northwich to Chester Line. See www.northernrail.org for timetable. The No 82 bus runs from Northwich to Chester half hourly and stops at the top of Stoneyford Lane on the A556 Chesher Road. On Saturdays the buses are hourly and two hourly on Sundays. The timetable can be found on
www.cheshirewestandchester.gov.uk

Links / Circular Routes
A circular route of 6-7miles (10km) can be created with part of the Delamere Loop starting at Whitefield Car Park in the Forest. This route is shown as an inset on the Oakmere Way plan. This route includes forest tracks and a couple of minor roads. Additional loops can be ridden within the Forest including routes up to the summit of Old Pale which provides an impressive 360 degree panoramic view over seven counties.

Cheshire Sands Quarry
This includes the former Crown Farm Quarry and Delamere Quarry and is operated by Lafarge Tarmac. The site works sands deposited during the last ice age to produce high quality construction materials. The quarry will be progressively restored into a mosaic of heathland, agricultural land, woodland and wetland habitats.

The restoration plan includes hedgerows, scrub and woodland planting to reflect the character of the area. These proposals will improve the wildlife value of the area in the long term. A variety of bird species can already be seen from the route including buzzards, kestrels, woodpeckers, redwings, fieldfares and reed buntings as well as the more common species such as robins and blackbirds. In winter migrating wildfowl can be seen on the wetland areas such as teal and wigeon.

Please use the Countryside Code

For safety, it is recommended that you carry a mobile phone and wear high visibility clothing. Please be aware of potential hazards such as rabbit holes or mole hills. Please take care when crossing both Stoneyford Lane and Station Road.

The Whitegate Way is a disused railway line which runs from Cuddington to Winsford. It originally opened in 1870 to transport salt to the Manchester to Chester line. Parking is available at the old station off Clay Lane, Marton.

Hornby’s Rough is a plantation extending to 22 hectares managed by the Forestry Commission.
It consist of Pine and Larch with smaller numbers of broadleaves including Oak and Birch.

Delamere Forest and Old Pale – For over a thousand years Old Pale was a strategically important site. Originally there was a iron age hill fort on the site which was reinforced by Ethylfreda, the daughter of King Alfred. The fort was eventually levelled by the Normans during the wasting of the north.

Old Pale was one of the first areas in the forest to be cleared and at the time would have been completely surrounded by woodland. The forest originally stretched all the way to Macclesfield and was a royal hunting forest in medieval times. The name ‘Delamere’ comes from the Norman ‘Foresta De La Mara’ which means Forest of Lakes. 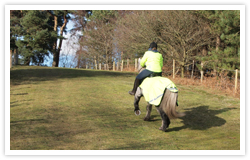